The following is an outline of how a typical criminal case progresses through “the system” in the State of Michigan (USA).
If you are in a different state or country, criminal cases may be handled very differently because procedures and terms vary from jurisdiction to jurisdiction. Please consult your local prosecuting authority to learn how your local case would be handled.

The Crime is Committed

Most reported crimes are investigated by the local police, the county sheriff or the state police. A few types of crime (e.g., criminal non-support, public health related crimes, etc.) may be investigated by other agencies.

Police Make an Arrest (or Request a Warrant)

When a crime is committed in a police officer’s presence — or he has probable cause to believe that certain misdemeanors or any felony was committed that he did not see happen — an officer may arrest a suspect on the spot without an arrest warrant. The officer will later submit a charging/warrant request to the Prosecuting Attorney, suggesting potential charges to be authorized.

Most cases begin with a warrant request. This is generally the first time that the Prosecuting Attorney is involved in a case, unless he reviewed a search warrant or visited the crime scene. At this stage, the Prosecutor determines whether a person should be charged with a crime and, if so, what the crime should be. (Police do not issue charges, prosecutors do.) The Prosecuting Attorney must thoroughly review all reports and records concerning the case, including witness statements. The Prosecutor also reviews the suspect’s prior criminal or traffic record. Occasionally, the reviewing Prosecutor sends the case back to the police to conduct additional investigation. 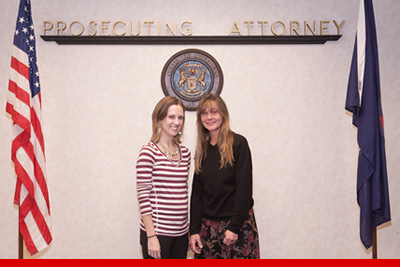 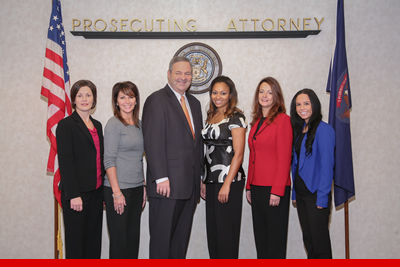 The Complaint is filed in the District Court and signed under oath by an officer from the investigating police department. (The crime victim does not sign the complaint.) The magistrate or judge then signs a warrant — an order to bring the defendant before the court.

Suspect Arrested (if not already in custody)

The delay between the crime date and the defendant’s arrest on an authorized charge can take any length of time (e.g., if the defendant’s whereabouts are unknown, or if he/she has left the State of Michigan).